The DS1819+ was a rather successful platform for Synology, and keeping with their two-year revolving schedule, that model has now come to its end of life. To replace it, Synology has deployed the DS1821+ that offers significant internal design changes while staying true to Synology’s design aesthetic as a vendor.

This being said, the DS1821+ lives in the middle of the SMB Plus lineup with eight 3.5″ bays and support for m.2 NVMe cache. Internally, the entire platform has changed, going from Intel Atom in the 1819+ to a new Ryzen V1500B with the 1821+. This new processor comes from AMD’s embedded lineup and is built on the original Zen architecture and the 14nm process. This CPU is a quad-core solution that operates at 2.2GHz, and Synology has paired this CPU with 4GB of ECC SO-DIMM. The maximum memory capacity is 32GB, with easy access on the bottom of the chassis.

Connectivity comes over four 1Gbe LAN ports with four USB 3.2 ports for adding devices and two eSATA ports for connecting the DX517 expansion units to bring this unit up to 18 bays.

The Synology DS1821+ is widely available at online retailers with an MSRP of $949.99 with a three-year warranty. 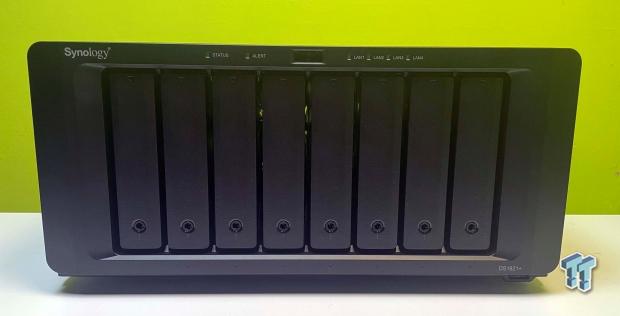 Synology has used the design seen above for several years across all of its platforms, with only minor changes being done when required. 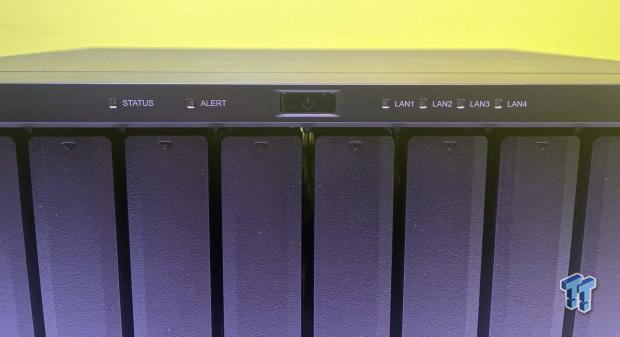 The front of the DS1821+ holds eight drive bays along with status LEDs that run across the top. 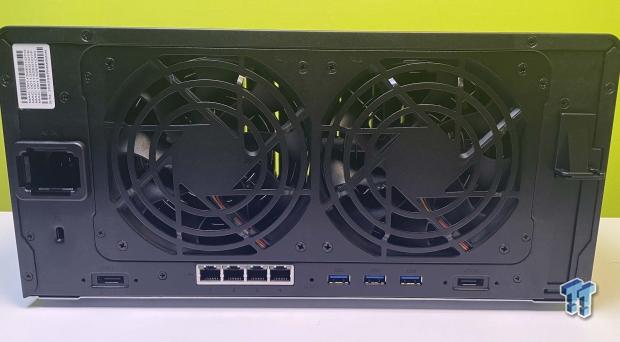 The rear I/O is busy with four 1Gbe ports and three USB 3.2 Gen 1 ports centered out of the box. To either side, you will find eSATA ports for the DX517 Expansion chassis. Far left is power, and far-right is PCIe Expansion for use with Synology expansion cards. 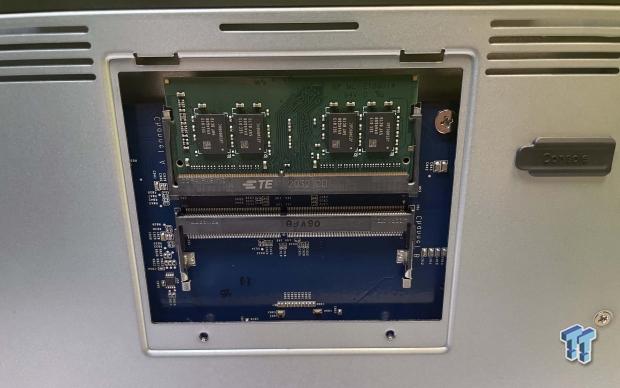 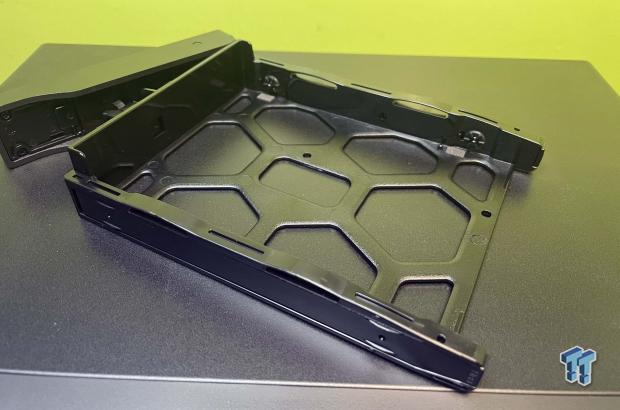 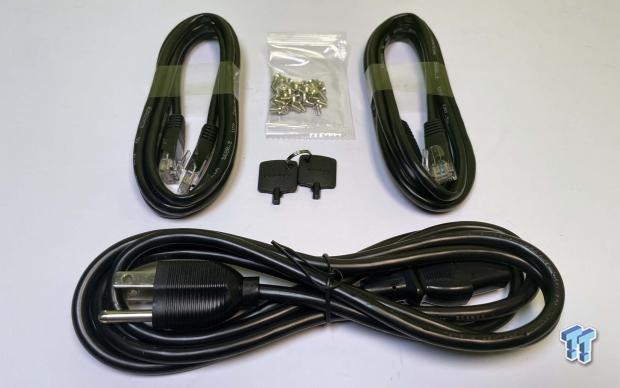 Included with the NAS, we have two ethernet cables, bay keys, screws, and a power cord. 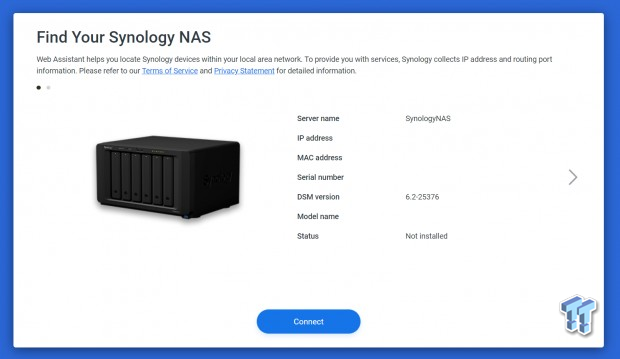 Like many past appliances, the Synology Assistant aids setup. This is found by using your web browser and find.synology.com or downloading the software to your machine. 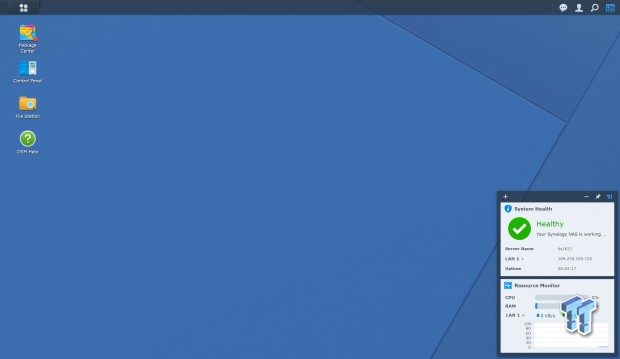 We have not yet made the jump to DSM 7.0 with one of these units, the DS1821 is still running 6.2 for now. That said, the layout will be similar to the 1621xs+ that was just in the lab with package center, control panel, and file station right on the desktop. 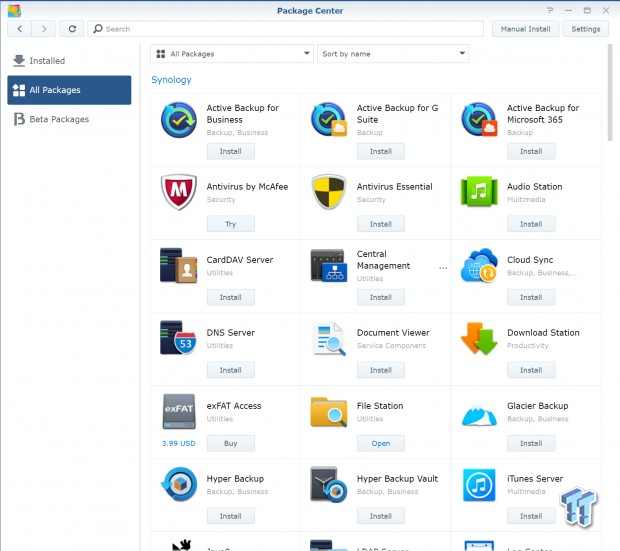 The package center continues to improve, with apps available for nearly any task you want to accomplish. 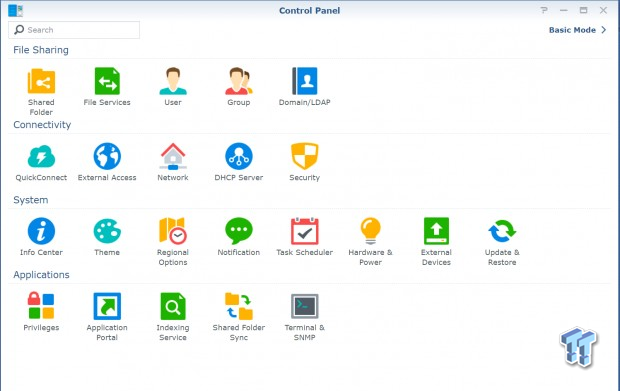 Control Panel gives access to all user account creation and group tasks. Connectivity allows you to configure the network and services available. 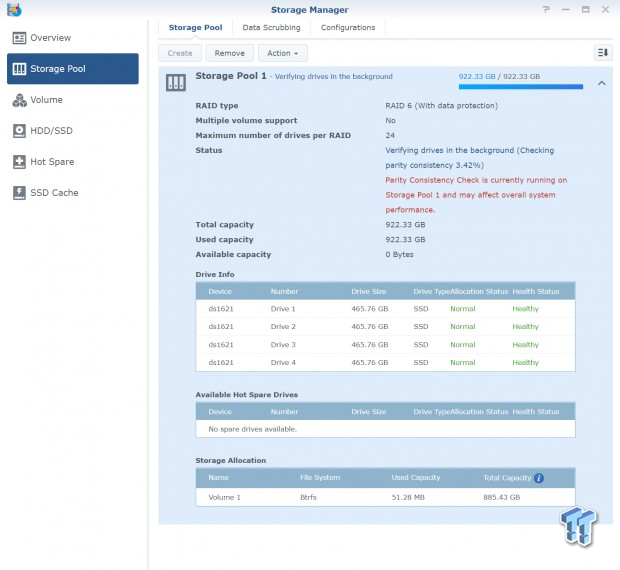 Storage Manager offers an overview, access to storage pools, and volume creation, and SSD cache at the bottom. 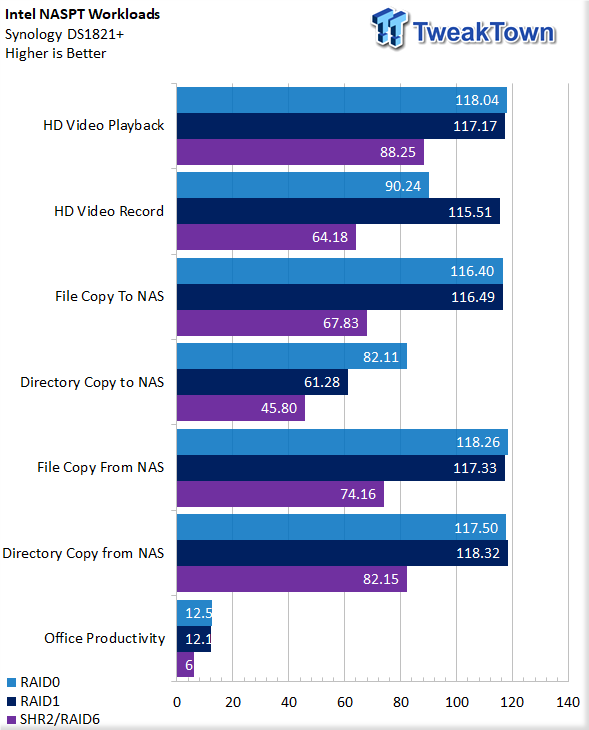 I ran through Intel NASPT, Single Client workloads to start things off. The DS1821+ handles this rather easily; RAID 0 and 1 both reaching 118 MB/s in playback and file copy operations. 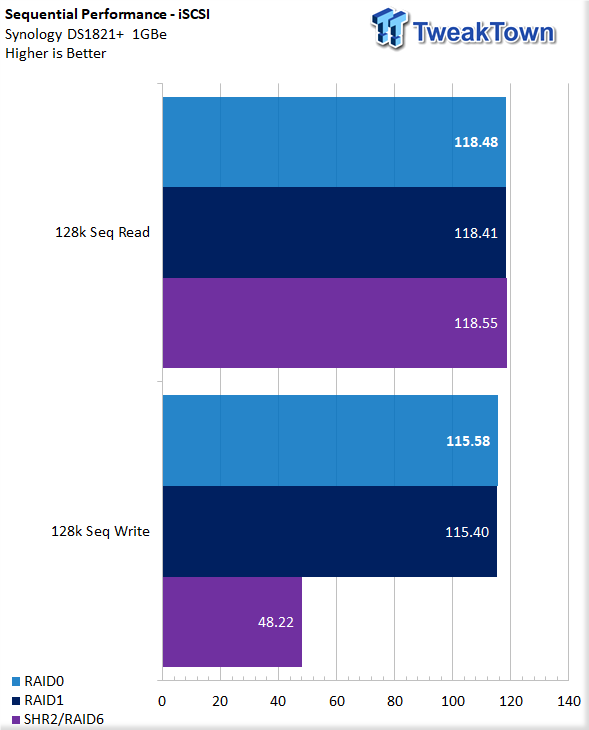 Sequential performance over iSCSI was also handled with ease; 118 MB/s read across the board while writing showed great numbers for both RAID 0 and 1. 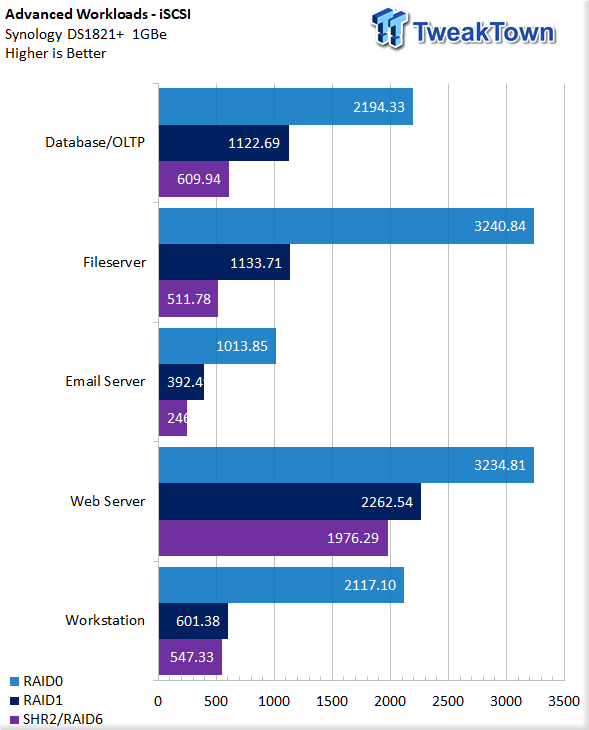 Coming off testing, the DS1821+ performed remarkably well in the limited number of workloads we were able to run the appliance through. Reliability still fantastic with these platforms, thanks to DSM 6 being a mature release from the vendor. No issues were found with the hardware during our time with the unit; drive trays all worked flawlessly, tool-less functionality was on point, and electrically no network issues.

Single client testing showed top-notch numbers from the Gigabit connection, hitting 118 MB/s quite easily in several scenarios that included playback and file copy operations. Peak IOPS reached upwards of 3200 in both Web and File server operations using RAID 0 while RAID 1 and 6 topped out at 2200 IOPS and 1900 IOPS, respectively.

We openly invite the companies who provide us with review samples / who are mentioned or discussed to express their opinion. If any company representative wishes to respond, we will publish the response here. Please contact us if you wish to respond.

What SMEs need now from data management and storage partners